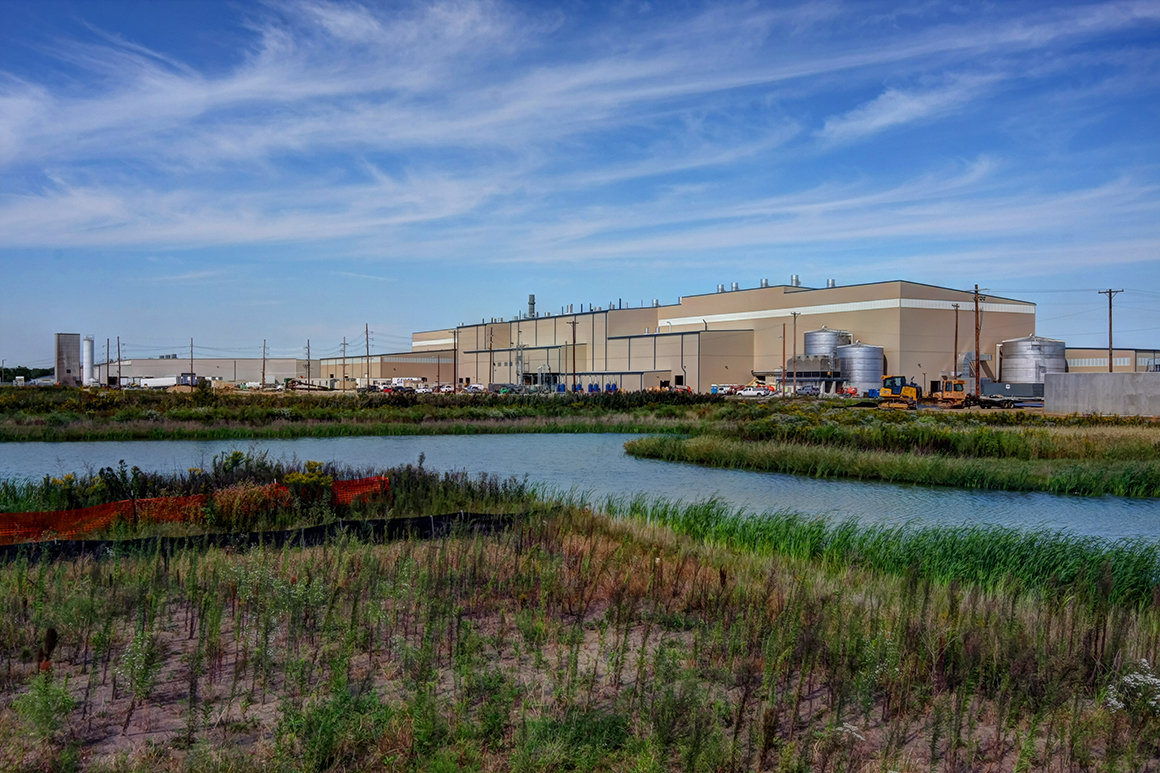 A brand-new paper mill constructed and producing paper in record time is what the pulp and paper industry sees at the Pratt Paper mill in Valparaiso, Indiana.  With vertical construction starting in December 2014 to the first roll of fiber backing paper coming off the winder in October 2015, this state of the art facility had an overall project cost of $250 million.

Pratt Paper is recognized around the world for its environmental stewardship.  Pratt Paper estimates that the new mill saves an estimated 68,000 trees per day by recycling newspapers and other products harvested from corporations in Chicago and other waste companies within a 200-mile radius.

“This is the most environmentally friendly and modern containerboard mill in the world,” said company chairman Anthony Pratt.  The Valparaiso paper recycling mill is Pratt’s fourth U.S. mill with the others located in Conyers, Georgia; Staten Island, New York; and Shreveport, Louisiana, which Wieland also constructed in record time. Wieland has constructed two of the last three paper mills in the U.S.