The Sovereign Nation of the Ottawa Indians had long been known in Northern Michigan.  The Little River Band had housed its government operations in downtown Manistee, but dreamed of having a facility worthy of its heritage and traditions.  With Wieland’s help, the Little River Band of Ottawa Indians (LRBOI) moved into its 59,000 SF headquarters in the summer of 2013.

The center is an homage to Native American culture and history, with dramatic wood timbers and natural, local stone on both the inside and outside.  Inside, a two-story, vaulted opening allows people from the second floor to look down amidst Native American decorations.  Council chambers on the second floor are where the literal governance and policy making takes place for the LRBOI.

The Government Center has administrative offices, council offices and a health clinic with medical, dental, radiology and pharmacy space.  Throughout the first and second floor, a raised floor system allows for technology and HVAC to be hidden underneath for efficiency and aesthetic value. 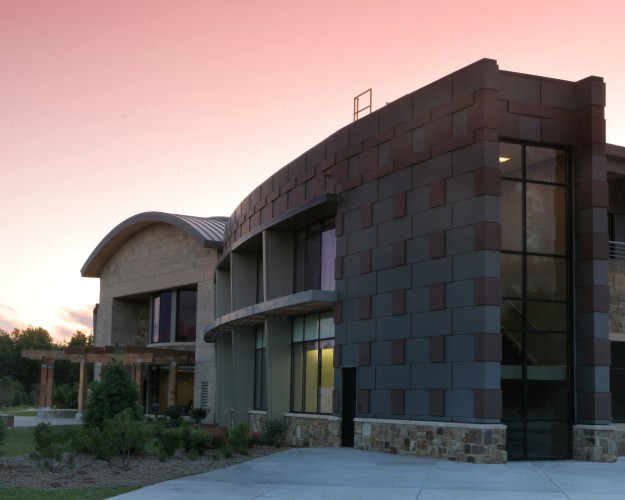